Negative Self Talk – Are you an addict? 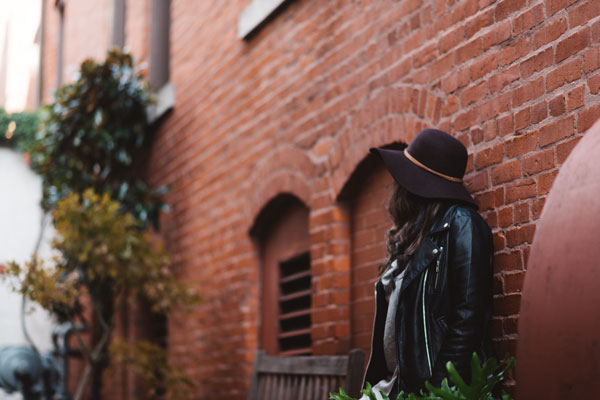 I wasn’t always a negative self talker. If anything, I grew up thinking that I was unstoppable! With big ideas and even bigger dreams I was constantly looking at ways forward to make them a reality.

By the time I was 13, I had devised a plan that I was moving to Canada after I graduated high school, was going to enrol in the Vancouver Institute of Media Arts and would study acting. I was going to finish with a bang, move to Hollywood, and make it BIG.

And then adulthood happened…

By the time I had hit 16, I had talked myself out of the idea completely. Being at “that” age where you are looking for approval from peers, rejection wasn’t something that I really enjoyed (who does). I remember having a conversation with someone years earlier where i had laid out my life plan with confidence. The response that I got was: “Oh, my dear, there’s so much rejection involved in the acting industry – why don’t you try something that won’t break your heart?”

This single conversation killed my dream instantly, and what grew from it was a fear of rejection. So when the time came for me to choose my field of study, I chose to live a safe life working at a finance company and remodelling my “dream” into something easily digestible for other people.

It was at this crucial point in my life, at 18 years old, that the negative self talk started. I was a receptionist at the finance company, but I really, REALLY wanted to be in sales. I wanted to rep more than anything.

The fear that I had developed had stopped me from asking for that job. I told myself “you’re too inexperienced”, “you don’t know what you are doing” and “no one will take you seriously”.

And I believed it…

The thing is – negative self talk is not something that you jump into one day. It’s a slow progression of things that you say to yourself so many times, until you believe it, and it eventually becomes an addiction. I didn’t believe I was inexperienced the first time I thought I wanted to go into sales – I remember having INCREDIBLE ideas to bring in new clients – but my fear of rejection stopped me from being vocal about it. I started becoming addicted to it – eventually, everything that I wanted to do or try became a version of “I’m not good enough to do it”.

Think of it like a block of really hard, compacted sand. At face value, the sand (which represents you) is almost as hard as concrete. If you take a twig and write your name – you won’t see much the first time. If you go over that writing again, you wont see any difference then either, most likely. But the more and more you go over the writing on that hard surface, the more you start seeing the impact, until your name is etched so deep into the surface, that it seems impossible to undo.

That’s what negative self talk does in your brain. It creates neural pathways. The first few times your brain is resistant to this information, but the more you say negative things to yourself, the less resistance you encounter – your brain eventually starts accepting it.

The good news is that you CAN reverse this. It’s a simple (and as difficult) as just saying NO.

When you have a negative thought about yourself, you need to do or say something that will interrupt the thought pattern. Let’s call it a break state.

When you hear yourself saying something negative, you break the neural pathway by creating a break state – you say NO. You then need to redirect this neural pathway by turning the negative statement into a positive.

Remember – You’re not trying to lie to yourself here – you are trying to rewire your brain to think in a more positive, helpful way that will give you the confidence to achieve your dreams.

It’s in this way that you slowly start scratching your name out of the sand. The first few times will have no impact, but eventually it will stick.

All you need to do is start.
And it starts with the first thought.